The right way to eat a jackfruit

Why you should visit Latin America

John LaBry: What I see from Mr. Bao Hongbo's artworks

John LaBry: What I see from Mr. Bao Hongbo's artworks

by John Labry As a senior art connoisseur, although I grew up in the Western art atmosphere, I have been paying attention to Eastern art for a long time. Over these years, I have seen many Chinese landscape paintings. Among them, Mr. Bao Hongbo's works give me a very different feeling. First of all, Mr. Bao's works are by no means traditional Chinese landscapes. I can read the West's modern flavor in his works, for example, the ideas of the composition. In traditional Chinese painting, there is usually keeping blank along with the main subject. In comparison, Western paintings' composition emphasizes fullness that there is no blank space outside the main subject. Instead, some objects are arranged in concert with the subject.  The brush and ink rhythm should be much more skillful at making the Chinese painting's full composition look good. With the Interrelations between Emptiness and Substantiality, the painting is vivid. While the composition in Mr. Bao's pai 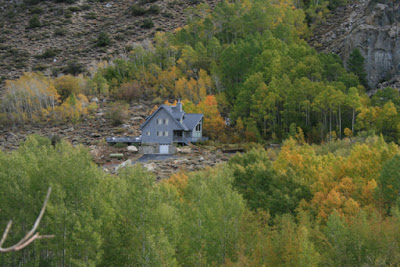 On the third day of the tour, we left the Bishop for South Lake. Along the way, we found sporadic discolored leaves. Later, the valley on the opposite side began to brighten up. The cottage, on the opposite, added some fairytales to the autumn scenery. Although I didn't think that watching the red leaves was the only purpose, after the first two days' view of icy snow and greenery, the unexpected sense of autumn, although just a little, which was like a girl half-covered her face with her pipa, surprised me a bit.  Autumn leaves were the last madness of deciduous trees, different from the gentle meditation by evergreen forests. They had their own way of self-cultivation. I once thought that I would be enthusiastic about photography, but slowly I realized that I was not the case. I want to record every heartfelt moment that belongs to me. The slightly yellow leaves were cigarettes just lighted up, which must be savored carefully. While the most prosperous autumn colors were bla 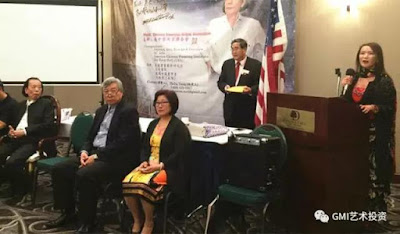 The renowned master artist Ting Shao-Kuang is one of the world leaders in contemporary art. For one of his projects, he constructed a giant colored glass installation art at the Shanghai Culture Square in China. Currently, he is building a spherical structure utilizing a variety of high-tech to bend his paintings in a curved space, materializing the lines in the painting with steel rods and other construction means. His concept is bold, pioneering, and unprecedented, which explains why his art is considered as a masterpiece among masterpieces. Asa master of contemporary art, he had a brilliant and in-depth definition of contemporary art. “Contemporary art must speak for the elites of the current times and reflect their thinking and views of the world”, said my teacher Ting Shao-Kuang. I would like to present a little bit of my understanding and learning experience around this topic. First of all, what is art? When Duchamp put a urinal in an exhibition hall to break the ready-made art